Lilburn Manor; Another Chapter in a Haunted Past 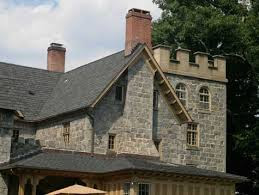 Author of Anatomy of a Ghost: A Guide to Analyzing the Dead

"But it was five years later that I just started having this gnawing feeling that I just had to get there.”

Final Analysis
Why was she the one of the whole band of friends that was affected in this way? Can we assume that she was the only one with the empathic ability to tap into the tragic energy? I wonder also if the energy, the sadness she apparently was in tune with, was actually a consciousness or just a type of residual sadness that lingered about the property.
The episodes Judy underwent certainly didn’t seem to have had any purpose beyond the sheer expression of pain. This energy appeared to require nothing but expression. The expression of sadness, expiation, all those years after. The death of a child, three children, a woman in childbirth…Judy would go on to become a mother herself.  Did the spirit sense a bond? Was it Elizabeth still mourning the loss of Maria? Was it one of the later residents who also experienced tragedy in the mansion? We will never know, beyond the fact that death and loss left an imprint on a place that transcended the passage of time.