What To Do If Your House Is Haunted 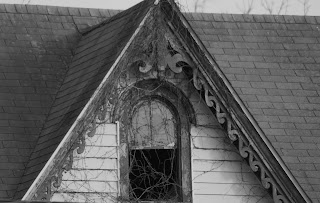 By Robin M. Strom-Mackey, author of On the Hunt for the Haunted, & Anatomy of a Ghost; A Guide to Analyzing the Dead.

I did an investigation for a client, and we’d turned up ample evidence that something paranormal was indeed occurring at their residence.  And now the homeowner turned to me and asked what could be done about it.  I think I had a deer in the headlight’s moment.  I’d spent a decade studying what these things were, and neglected the essential step of how to rid a property of unwanted beings.
I was like the medical student that studied the onslaught of disease, but neglected studying the cure.  The majority of my clients, once they understand what is going on, are happy with the results.  I hear the phrase often, “I’m just glad I’m not crazy.”  And our group looks for natural explanations first, before assuming paranormal activity.  But I have had investigations where a spirit is of an angrier disposition, and the residents just want it out.  Our team tries to employ scientific methods to determine if a property has paranormal activity or not.  Such cures tend to be of a more touchy-feely in nature, based on ancient rituals and substances.  I didn’t want to tell clients I use scientific methods and then tell them to rattle chicken bones. You see my dilemma.Then I realized the old analogy of chicken soup when you had a cold.  Would chicken soup actually cure a cold? It might, it might not, but either way it wouldn’t hurt.
First, however, I would try to determine whether the property actually has paranormal activity. Once someone suggests that a property is haunted, then everything immediately unexplained gets blamed on the ghost, and tensions start to mount.  But if you can take a proactive versus a reactive approach, you’ll often find that you begin to feel far less afraid.  Definitely keep a log of events when they occur. Write down the date, time, witnesses and the weather pattern.  And always, try to rule out natural explanations first before jumping to the conclusion that you have paranormal phenomena. Know that even in cases where a haunting is occurring it’s extremely rare for anyone to be physically hurt.  You can also play amateur ghost hunter. Put out a recording device for a few hours and see what you find upon review. If all else fails call in a reputable investigative group.


Haunted Objects may be the easiest to excise.  In my book, On the Hunt for the Haunted, I wrote in particular about one house we investigated.  The previous owner had died in the house.  When the house finally went for auction the unlucky lady who purchased it found the house still full of the previous owner’s belongings, including a ratty old recliner.  This recliner had been where the gentleman had spent most of his final days.  The new owner’s boyfriend reported odd things happening to him when he sat in the chair. I tentatively suggested removing the chair from the premises. He did so with gusto, burning the chair in a bonfire.  The negative activity ceased thereafter. So, if you bring home that precious antique or thrift store find and suddenly start experiencing strange things, it may be a good idea to take it back where you found it.
Performing house cleansings are popular as well. Certainly, smudging with white sage is common.   Holy water can also be used. Frankincense is also an effective agent, and smells divine.  A smell bell can also be used in lieu of these other substances, by ringing it in the corners of the room. The most powerful agent, however, may be asafoetida.  When burned as an incense however it gives off a foul odor of onions and Sulphur, so it’s best kept as a last resort.  There are multiple articles on the web that describe how to perform such cleansings in more detail. It’s usually suggested that you start at the top story of the structure, enter every room, hit every corner working from high to low and ending at the front door. You can also say a short prayer as you do this. This may not work the first time, so be prepared to do it more than once. You can also put out a shallow dish of vinegar. This weak acid is thought to dissolve etheric energies, as does salt.  Put the salt in the corners of each room or just spread it on the floor, and leave it there for a couple of weeks before removing it.
You can also have a conversation with the spirit.  Be firm but not aggressive.  Set the parameters with the ghost.  I met one woman who felt she had spirits in the house. She told them they could stay, but were to stay out of her bedroom.  It worked.  You can also tell them to leave completely, if you feel that strongly.  I think, truly, the strength of any of these methods is two-fold.  First, is there is a spirit or spirits it reminds them to watch their manners. But even more powerful, it allows you to feel once again that you’re in control.
Posted by Robin M. Strom-Mackey at 3:17 PM

Labels: frankinsense, getting rid of ghosts, ghosts, haunted objects, house cleansing, ridding a house of paranormal phenomena, sage, saging, spirits, unwanted paranormal activity, what to do if your house is haunted