The Mysterious Substance of Life: Water and Paranormal Activity 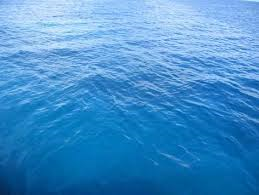 Water is truly a mystifying substance. It is the giver of life, all plants, all animals; all living creatures on the planet need it to survive. Yet it can be as destructive as it is beneficial. It has the power to soothe and yet is strong enough to wear down mountains. It seeps in, flows in and is held in earth, in stone, in wood and in our bodies. And where it resides mysterious things often occur.
It is a common theory among paranormal investigators that where there is water often there is paranormal activity. A building with an open well in the basement or a building built on an underground spring may experience more supernatural activity than a building built on dry earth. That is not to say that every house built on water has activity, nor that other elements might react with water to create an amplifying effect. Still it does entice one to wonder what it is about water that seems to sustain, not only life, but the distant echoes of past lives.
The first explanation people arrive at when speculating that water seems to spur paranormal activity is the fact that water is a conductor of electricity, though a poor one. Actually, as a chemical engineer pointed out, water by itself doesn’t conduct electricity, but rather it is the minerals in the water that act as conductors. In an online debate about water and the paranormal TR, a skeptic, wrote this about the relation of water to paranormal activity…”electricity is a silly explanation -- sure water conducts electricity (poorly), but the change in my pocket conducts electricity as well (much better in fact). Is paranormal activity then fueled by our pants pockets, too?

No, I think it's more to do with the fact that water is viewed as a fundamental and necessary element (not an element in the chemical sense) of our world, and of our existence, and so it carries some deep meaning to us. It's natural then to link water with something else meaningful to us, the notion of existence beyond death.” TR’s comments are intuitive and evoke, for me, images the ferryman sailing away on the River Styx with our loved ones in tow…carrying the souls away...over the water.
If water does have a link with paranormal activity, the skeptics are probably right in the fact that it is not due to its electrical conductivity. I rather speculate that it is not its conductivity but its impressionability that make water an important element.
According to Troy Taylor, author of over 50 books on the paranormal and the founder of the American Ghost Society, to understand water we need to look to the science of medicine. He points out that for centuries people have used homeopathic remedies to cure ailments. Such remedies use therapeutic agents which in their natural form are so toxic that given to a person directly they would do more harm than good. They must be diluted, heavily diluted, with water. In many cases the agents are so heavily diluted that the original substance is no longer traceable in solution. Yet the remedies often work. The field of science, Taylor points out, ignored homeopathic remedies for decades until French Scientist, Jacques Benveniste made a startling discovery while doing experimentation on allergy symptoms. He was studying a type of blood cell called a basophile. When basophiles come in contact with a substance that a subject is sensitive to, the basophiles cause allergic reactions such as itching or blotches on the skin. Benveniste developed a way to test basophiles by adding a dye that turned the basophiles blue when they came into contact with an allergen.
And then something unexplainable occurred. One of Benviste’s lab assistants reported that something had gone wrong with the experiment. They had over diluted a substance to the point where the substance was no longer traceable in solution. Simply put, the solution was now just water. Yet the basophiles had reacted to the solution as if the substance was still present.
The team was baffled. So they conducted the experiment again, and then hundreds of times over, always with the same results. Benviste had to conclude, after much experimentation, that water seems to have a memory. Since the 80’s the experiments have been repeated by other scientists the world over, and while Taylor admits, it is still a controversial topic, scientists have been forced to accept this as a possibility, that water molecules appear to record a likeness to substances with which they have come in contact.
This impressionability, this adaptability, this element of water may be the cause of much paranormal activity Taylor talks about the gymnasium, built over an underground lake where the roar of the crowd is still heard long after the games concluded. So too the abandoned hospital where the now defunct PA system still sounds, calling doctors to their duties long after the patients have left. Taylor speculates that water, the water trapped in wood, the water trapped in bricks may have recorded the sounds, and when the natural environment is correct plays back those recordings. Obviously this theory would help explain much in the way of residual haunting.
He points out, that in the case of residual hauntings, that the activity is often said to diminish over time, “as if the battery that charges them just seems to wear out. If these haunting are caused due to some sort of ‘water memory,’ then perhaps the ‘shelf life’ of the haunting expires as the water begins to evaporate (Taylor, 51).”
What I also find fascinating about this theory is its ability to explain why paranormal activity increases during building renovations. Tearing out an old wall, tearing up old flooring exposes the water that was trapped in the building materials for decades. Exposed once again to the elements, perhaps the water with the memory begins to play itself out again - with renewed vigor. “This stored water could hold a higher quality copy of the original event and this new ‘ghost’ (which, in truth, would be an old one) might make it seem that the location is active again (Taylor, 51).” Of course, when this, newly exposed, water dutifully evaporated, so too would the haunting seem to wear down once more.

Taylor points out that other natural elements could also be at work, when it comes to the where and when of a residual recording playing back. Temperature, storms, artificial or natural energy sources might act as a triggering action for an event to play back. Still, according to Taylor and his “pet theory” it starts with the earth’s most abundant, and perhaps most mysterious element…water.